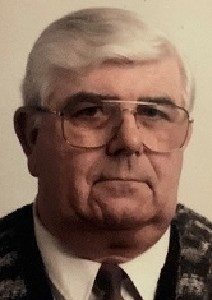 Ronald, a life long Staten Island resident was born on April 27, 1931 to the late Edward and Julia (Moran) Brier.

A native Staten Islander, Ronald graduated from Port Richmond HS and studied chemistry at Wagner College. Ronald was drafted into the US Army, served stateside from 1950-1952 and attained rank of corporal. For 20 years, Ronald worked as a chemist with quality control at Wallerstein Co., Mariners Harbor and as a technician with the former Richmond College in its Biology Department. He then embarked on a 22 year career at Columbia Presbyterian Medical Center in Manhattan, retiring as the Director of Student Labs in 1997.

Ronald was a devoted member of St. Roch Church, past president of the Holy Name Society, life member of the Knights of Columbus Assumption Council, original member of the Staten Island Ski Club, member of Good Sam Club and supporter of the Westerleigh Little Guys. Ronald loved spending time with his children and grandchildren hosting them at PopPops’s Pool.

Ronald was a beloved husband, father, grandfather and friend, he will be forever missed by all who love him.