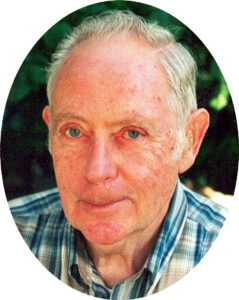 UPDATED:  In Lieu of Flowers

Robert Browne, 92 lifelong resident of Staten Island, passed away peacefully at home on August 14, 2018 surrounded by his loving family.

Bob was born July 8, 1926 to Albert and Catherine Browne. He was predeceased in death by his parents and his brother Albert.

After graduating from Curtis HS, he served his country during WWII as a Navy Cryptographer at Pearl Harbor.  Following his Navy service, he earned his B.S. as a member of the inaugural class at Pace College.

Bob began his career as an auditor at Beyer and Clauser and then at Western Electric.

In 1965, he then began a 21 year career at Wagner College where he retired in 1986 as the Comptroller-Business Manager.

Bob is survived by his wife of 66 years, Rhoda (nee Thormahlen), sons Robert (Andrea) and Dr. Russell Browne, his grandchildren, Christopher and Katherine and many loving nieces and nephews.

He was loved by all who knew him for his kindness, generosity of spirit and a sense of humor that knew no boundaries.

Funeral will be held from the Cherubini McInerney Funeral Home on Saturday, 9:00am with a funeral service at St. John’s Lutheran Church at 9:45am followed by a burial at Oceanview Cemetery.  Visiting hours will be Thursday, 7-9pm and Friday, 2-4pm & 7-9pm.

In Lieu of flowers, donations to St. John’s Lutheran Church and School would be deeply appreciated,  donation should be sent to the church office at 663 Manor Rd. 10314.