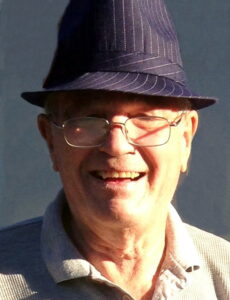 Robert Kenny Sr., age 88, of West Brighton, passed away surrounded by family on January 12, 2022.  He was born on August 29, 1933 to the late Margaret (Irene) and James Kenny and survived by his brother, James Kenny.  He was a loving father to Christine Lauria, Jeannine Harder, Kathleen Kenny, special son, Kevin Krause and special daughter, Deb Gasparik.  Bob had twenty-one grandchildren, and six great-grandchildren.  He was predeceased by his beloved wife, Mary Boyle Kenny, and their children, Linda Krause, Danny Kenny, and Bobby Kenny.

Bob grew up in Hell’s Kitchen, graduated from The High School of Commerce, and attended City College of New York.  He was stationed in Germany where he served in the U.S. Army during the Korean War.  In 1958, he married his wife of sixty-two years, Mary Boyle, and moved to Staten Island.  For over 30 years, Bob worked as a bookkeeper for Munich American Reinsurance Company.  His interests included music, genealogy, gardening, and drawing.  He could always be heard belting out a tune.  Throughout his life, Bob was a member of multiple church choirs, the Barber Shop Quartet, and the Roaring Chorus.  He served as treasurer of various clubs and volunteered with several church groups since community life and service was important to him.  Bob loved spending time with family and attended countless grandchildren’s school and church events.  He traveled to Ireland to connect with relatives and gather documents allowing him to research his family’s history over 100 years.

Bob will be truly missed by his family and his friends.