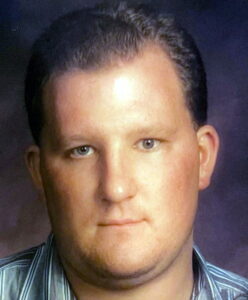 Rich was a 1986 graduate of St. Joseph by the Sea High School and the International Brotherhood of Electrical Workers Apprenticeship Training Program.  A journeyman electrician, he held certificates in other phases of his trade as well.  He was an active member of the Staten Island Electrical Club, and was proud to be honored as “man of the Year” in 2016.

Rich is survived by his mother, Barbara Stefanski, and is also the son of the late Richard Stefanski Sr.  he is the beloved brother of Christine Stefanski and Sandra Stefanski O’Keefe, fond brother-in-law of John O’Keefe, and proud and loving uncle of Jack and Christina O’Keefe.

Richie had a very warm and generous heart, often referred to as “a gentle giant”.  He loved the family dog, Logan, a rescued black Lab, along with the many other pets that he’s had over the years.  As a child, he played baseball at West Shore Little League.  He also enjoyed fishing off the Great Kills jetty with his sisters and friends, as well as crabbing with his dad in New Jersey.  Classic cars, especially Cadillacs, were his lifelong passion.

Rich was an excellent cook.  He especially enjoyed making huge pots of sauce with meatballs, which were always the hit of any family gathering.  Pasta fagioli was another of his specialties, as well as his Thanksgiving stuffing, which was handed down from his cherished great grandmother.

Family will welcome visitors at Cherubini-McInerney Funeral Home on Sunday, September 12, from 2:00pm~4:00pm & 7:00pm~9:00pm.  A mass of Christian Burial will take place at St. Clements R.C. Church on Monday, September 13th at 10:15am, internment to follow at St. Peter’s Cemetery.