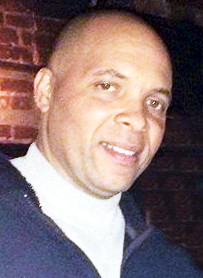 ***OUR FLORIST SELECTION IS DOWN, PLEASE CALL YOUR LOCAL FLORIST**

Mr. Suffern served at PSA 4 on the Lower East Side of Manhattan for the entire 25 years of career. It was a job he loved, a community of which he was proud to be a part, and colleagues with whom he was honored to serve. On his job and in the PSA 4 community he was well known for his generous spirit and genuine concern for the people with whom he came into contact. He was a 9/11 first responder.

He retired from the NYPD in 2019 and immediately took to voraciously enjoying his retirement. He often responded to questions about retirement with “I’m gonna live my life!” He did precisely that. He traveled frequently. His trips included the Dominican Republic, Colombia and Costa Rica. He was an avid sports fan who loved the NY Mets and despised the NY Yankees. He was a diehard NY Knicks fan. He enjoyed customizing his 1961, teal green Resto Mod Chevy Belair and loved cars in general; he usually owned two or three at a time. He surrounded himself with family and a core group of best friends who became family. His motto was “Family over everything!” He took it seriously. At his girlfriend Kathy’s Brooklyn home where he spent much of his time, friends gathered often to barbeque, smoke Cuban cigars – of which he kept an enviable collection – listen to music, and talk sports and life – loudly. His smile and sense of humor were contagious. His friends describe him as “a class act” and “a cool brother who always kept it 100.”

“Our brother was proof of the limitless capacity of love,” said his brother Conrad. “He was living proof that the more you love, the more love there is. One of his friends said he would call every now and then just to say ‘What’s up, homie? Just checking in. Nothing else; just that.’ He knew the true meaning of community. He was the amazing anchor that brought together so many around joy.” His family included those he inherited and those he chose: his NYPD partners over 25 years were Mark Martin, followed by Christopher Castro, Geneva Anderson Reid, Eric De Jesus, Harlyn De Los Santos, Sgt. Brendan Cassidy, Jacqueline Colon; his Marcha restaurant family where he and his PSA 4 friends regularly held court with owners Wendy Bermudez and Alan Mendez; his Brooklyn backyard and Staten Island stoop families Carmen Rios-Figueroa, Christopher “Chris” O’Garro, Danny American, Davere and Devin Creighton, David “Dee” Creighton, Jenny Goris, Dennis Hamilton, Derek Williams (deceased), Godfrey “Gee” Charles, Jeffrey Gurley, Martha Cruz-Whiting, Jesus Quiles, John Whiting, Rachel Ortiz, Raymond Jeffrey “Jeff” Luciano, Shemar Edwards, Sidney “Sid” Valero, Vidal “Buck” Figueroa, Ray Jiggetts (deceased), Robert “Big Rob” Gillen, Ryan Watts, William “Barry” Jones.

Richie and his partner Kathy loved to travel and seek out different cigars for him to hoard. They loved to entertain, watch movies and videos, make new family, be with friends and family, and enjoy the backyard gazebo that he built for her as a Mother’s Day gift and, then, took over. He loved her cooking.

He loved old school R&B, hip hop, and because his mother taught him to, Latin jazz and Tito Puente. His sister Tracy spent 20 years trying to force him to learn to dance salsa – to no avail. She resorted to begging him to learn bachata. He would have none of it. The battle was constant and entertaining.

In addition to his two siblings Conrad “Rusty” Russell Suffern, Jr. and Tracy Nicole Hyter-Suffern, surviving are his longtime partner Katherine “Kathy” Ann Luciano, his nephew and godson Russell Anthony Suffern, nieces Cheyenne Nichol Suffern, Destiny and Leanna and Canales, his aunt Jacqueline Hyter, his sister‑in‑law Theresa Sparrow-Suffern, Kathy’s daughter Chloe Rose Ruiz and her children Ava Annalise and Ariah Marie Delgado to whom he was “Pop pop,” his “adopted” brothers Joshua and Nathaniel Reyes, Jensen Daniel and Timothy Lewis, and an enormous host of family and friends who called him family. He was preceded in death by his father Conrad “Bud” Russell Suffern in 1984 and his mother Joyce “Dolly” Jean Hyter in 2010. Richard J. Suffern was an enrolled member of the Ramapough Munsee Lunaape Nation.