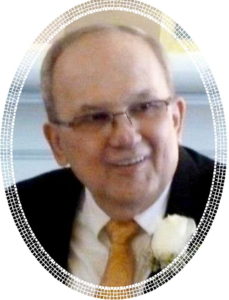 Richard Stefanski a resident of Bayonne, NJ passed away peacefully at his Eltingville home on April 22nd, surrounded by his beloved family.

A strong, courageous man, Rich was the devoted son of Frances and Stanley Stefanski, and brother of Stanley, Jr.  He was married to Barbara (Bukovac), the “Love of his life” for over 56 years and was the father to Susan, their first born angel, Richard, Jr., Sandra (O’Keefe) and Christine.  Jack and Christina, his loving grandchildren rarely missed a daily visit with their “Pop”.  Devoted father-in-law to John O’Keefe of whom he was very fond.

Rich was a graduate of Marist High School, Bayonne, NJ and Local Union #3IBEW Apprenticeship Training Program.  He was a foreman for most of his career as an electrician.  Rich enjoyed the challenges of his mostly “sky scraper” jobs in NYC.  League bowling was a favorite of Rich’s.  Coaching little league baseball and golf in his retirement years with this electrician “buddies”,  his trips to Atlantic City and travelling to faraway places always made him happy.  Family and friends were always welcomed in his home “the gathering place”.

His passing during the Easter time symbolizes Rich was devoted to his Catholic faith.  May the Resurrected Christ bless our BIG Rich always.

Funeral will be held on Friday, April 26, 2019 at 9:15am at Cherubini McInerney Funeral Home with a funeral mass of a Christian burial at St. Clements R.C. Church at 10:15am  followed by a burial at St. Peters. Family and Friends will be received on Thursday, 2-4pm & 7-9pm.