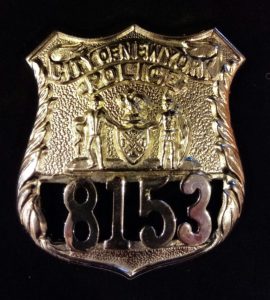 Ralph Charles Conde, 33, was loved by family and friends.

Ralph was born on July 20, 1983 to Carol and John Conde in Staten Island, NY. He graduated from New Dorp H.S., then enlisted and served his country for 11 years in the U.S. Navy full time and as a Reserves, being deployed to places such as Afghanistan, Africa, and Italy…
While remaining under the U.S. Navy flag, Ralph took an oath to serve the communities of New York City as an officer of the law in the NYPD 2007, where he has been an “Outstanding police officer” as stated by his peers. Ralph was for God, Country, Family/Friends and Sports!

Ralph is survived by his loving parents, Carol & John Conde. He was the beloved brother of Alan and Lydia Yurich, Anthony and Carol Yurich and Peter Conde. Ralph was also survived by many aunts and uncles including his nieces and nephews, Aidan, Josie, Kiel, Jason and Isabella.

Funeral will be at Cherubini-McInerney Funeral Home, 1289 Forest Ave. (formerly Meislohn- Silvie). Funeral Mass is Saturday, Feb. 4, at 1030 a.m. at St. Roch’s RC Church, followed by a burial at Silver Mount Cemetery. Visitation is Friday from 2 to 4 and 7 to 9 p.m.