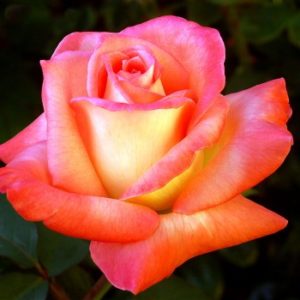 Maria Rosa O’Bourke, 89
Mass is Friday for former longtime resident of Staten Island
Maria Rosa O’Bourke died peacefully in her sleep the evening of Dec. 31, 2018, with her children at her side. She was 89 years old.
Maria was born in Buenos Aires, Argentina, and moved to the United States in 1959. After marrying her husband, Charles, they moved to Staten Island in 1963 and resided in the West Brighton area until they moved to Daytona Beach, Fla., in 1995. While in Staten Island, Maria worked at St. Vincent’s Hospital as a translator and was a patient volunteer.
Maria is survived by her daughter, Lillian; a son, Charles; and three grandchildren, Amanda, CJ and Jason. Her loving husband, Charles, passed away in 2015, and her beloved daughter, Madeline, passed away in 1977.
A memorial Mass to celebrate Maria’s life will be held on Friday, Jan. 11, at 10 a.m.., at Blessed Sacrament Church, 1091 Forest Ave., Staten Island, N.Y. 10310, followed by interment at St. Peter’s Cemetery.