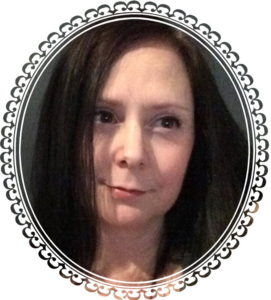 Lydia Anne Lorenzo, 49
Foreign exchange analyst
Lydia Anne Lorenzo, 49, peacefully passed while asleep at her home in Milford, Pa., on Jan. 10, 2019.
Lydia took pride as a student who overachieved by graduating on the Principal’s List of Intermediate School 24; Honor Roll at New Dorp High School and with a cum laude degree from St. John’s University.
Lydia’s jobs that followed education brought her to travel around the globe- Hong Kong and London being her two favorite places to go. Her last title while employed at Deutsche Bank, was “Foreign Exchange Senior Analyst- Team Captain”.
Unfortunately, her career was cut short as she fell victim to what is known by very few, as Chiari (kee-R-ree) Malformation- Syringomyelia. Her drive to educate herself only led to educating others by her extreme pain, fatigue and her single brain surgery in 2012. Through her experiences such as neurological and autonomic symptoms. These attacks were painful and debilitating as well as physically draining of drive and want and which are known to be the source of her departure. She was also a witness, by first hand, while employed by Goldman Sachs, to the fall of the World Trade Center on September 11th.
In addition to Lydia’s advocacy for the awareness of Chiari Malformation, she loved music, reading, art, coffee, bread and last but not least, animals: and a strong devotion to her God.
Lydia leaves behind her fiance, Alan Yurich, his two children, Aidan and Josie, and her ever trusting and “best friend that a person could want” – DaVinci, her loving and dedicated, furry son of a pit-bull.
Lydia, an empowered woman, was also the manager of two local rock bands, LYNX and MUDDFOOT. “Oh my start”.
The funeral will be held at Cherubini McInerney Funeral Home, 1289 Forest Avenue on Thursday with a viewing hours from 2 to 4 and 7 to 9 p.m., with prayers at 8 p.m. Lydia wished to be cremated, where there will be a memorial service at Immanuel Union Church at a later date.