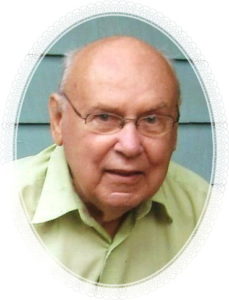 Lawrence Elmer Forbes, 85
Staten Island native and Rapid Transit conductor
Lawrence Elmer Forbes, 85, of Port Richmond passed away on Saturday, Feb. 23, 2019, at home surrounded by his loving family.
Born and raised in Staten Island, N.Y., Lawrence worked for the Stated Island Rapid Transit for over 45 years as a conductor. He enjoyed golfing, fishing and traveling, especially with Patricia Clarke.
Lawrence was predeceased by his wife, Joyce Forbes, in 2012.
He leaves to cherish his memories to his loving children, Alice (Don) DuVal, Shannon Forbes, James Finnegan, Todd and Dean Forbes. He is also survived by his sister, Elise, five grandchildren and eight great-grandchildren.
A Blessing will be held at Cherubini McInerney Funeral Home, 1289 Forest Ave., on Thursday at 10:30 a.m. followed by a burial at Ocean View Cemetery. Family and Friends are invited to view on Wednesday from 2 to 4 and 7 to 9 p.m.