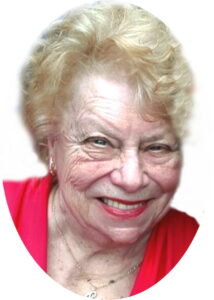 Laura Smigielski (nee Bros) 86, of West Brighton passed away on September 11th, after a brief illness.  Laura was a lifelong Staten Islander.  Born in Port Richmond in 1934, she attended St. Adalbert’s School and graduated from Port Richmond HS.  She married her husband Alex in 1959 and settled in West Brighton.  They were married for 48 years until his passing in 2005.  She worked at Richmond County Savings Bank until her son Anthony was born in 1964.  In later years she worked at J.C. Penny before retiring in 1997.

Laura adored her grandchildren and was always quick to brag about them and pass around pictures.  She enjoyed trips to Atlantic City, Biloxi and Las Vegas with her daughter, Elaine as well as vacationing and spending the holidays with her at her home in Florida.  She was a proud Avon representative for over 40 years.  She was a great cook and made the best Lasagna.  Her birthday was on Halloween and her daughter, Janet would throw a huge neighborhood party in her honor with enough food and drinks to feed an army.

Laura will be loved and missed by her children Anthony (Andrea), Janet (Robert) and Elaine (Marlene).  Her precious grandchildren, Steven, Joshua and Jessica.  Her sister Margaret Scheider (Howard) and her nephews John & Frank (Pat) Bros and niece, Sandra Parker.

Blessing will be held at Cherubini McInerney Funeral Home on Wednesday at 10am followed by a burial at Resurrection Cemetery.  Family will receive friends on Tuesday, 2-4pm & 7-9pm.