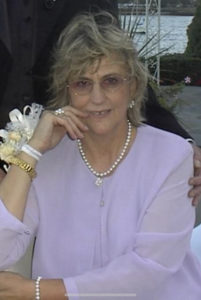 Jane Ann Corr, 78 years of age passed away on Wednesday, April 8, 2020, at Westchester Medical Center .  She was born December 4, 1941 in New York, New York the daughter of late parents Charles and Olive Fuller.

Jane originally resided in Bronx , New York where with her late husband they raised their family.  She retired from her career as Certified Nurses Aide after 40+ years of service.  Shortly after retiring her and her husband then relocated to Jim Thorpe, Pennsylvania and lived there for over ten years.  She was an ardent lover of animals and the only thing that could outweigh that love was her love and support she would show for family.  Her greatest joy while residing in Pennsylvania was visits from her children and grandchildren.  She will be dearly missed.