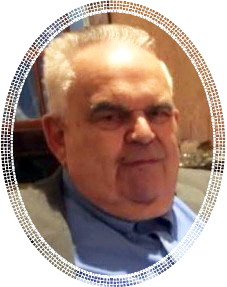 Henry E. Hermann passed away on Thursday, February 28, 2019 at NY Weill Cornell Medical Center at the age of 76.

Henry is survived by his loving wife, Connie, his son, Mark Hermann, his daughter, Lori (Greg) Lalor and his daughter in law, JoAnne Hermann.  Along with 4 of his grandchildren, Nicholas and Andrew (Brigid) Hermann and Jake and Julianna Lalor.

Henry was born on April 12, 1942 in Brooklyn, NY to his parents, the late Adolf and Katharina Hermann.

He was a retired FDNY Fireman for over 27 years.   Henry was known as a jokester, always telling jokes and meeting up with his FDNY friends, as well as going to the casinos.  He was a great family man and a loving father.  Henry truly enjoyed spending time with all of his family.

Family and Friends are invited to gather at Cherubini McInerney Funeral Home on Sunday from 7-9pm and Monday from 2-4pm and 7-9pm.  A Mass of Christian Burial will take place at Our Lady Star of the Sea Church on Tuesday at 10am followed by a burial at Resurrection Cemetery.

Our Lady Star of the Sea