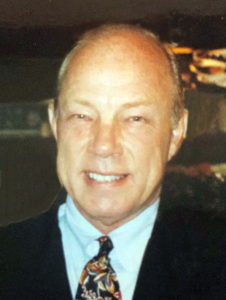 Following high school, Hans began his seagoing service as a merchant Mariner, after which he served in the US Coast Guard. A strong athlete with the sea in his blood, Hans was a member of the Esso Baltimore Lifeboat World Champion Crew during this time.

Following his service, Hans joined the NYPD and soon made the ranks of detective as a key member of both the major case squad and the tactical patrol force.

After retiring from the NYPD, Hans served as assistant Vice President of executive protection with Merrill Lynch and played a major role in international security at a number of Olympic Games, including Sarajevo, Los Angeles, Seoul, Albertville, and Barcelona.

Hans had a variety of eclectic interests and hobbies, which included master of the Freemasons New Dorp Lodge No. 1092, playing the snare drum with the Richmond County Pipes and Drums and the Staten Island Pipers, and writing creative recipes and poetry.

Hans had a broad taste in music and could often be found creating a gourmet meal in the kitchen while listening to Mozart or sitting on the beautiful deck that he built, with a Becks beer in hand, while blasting Jimmy Buffet.

Later in life, Hans spent some years volunteering at the Noble Maritime Collection at Snug Harbor, putting his expert craftsmanship and carpentry talents to work keeping the museum in working shape while also restoring its many exhibits.

Hans will be remembered as an avid NY Giants fan, devoted dog dad to his beloved Duffy, loving, protective, and loyal husband, father, and Pop Pop.

Hans’s spirit lives on through his wife of 53 years, Paula, his sister, Norma, his children John, Kristine (Tommy Shashaty), and Kari (Gerry Gebhart), and his grandchildren, Kirsten, Jack, Kasey, Kelly, and Erik. Hans was preceded in death by his sisters Sue Nybro and Marion Swift.

In lieu of flowers, Hans requested that donations be made in his honor to the Staten Island chapter of Louie’s Legacy and to Providence Animal Center in Media, PA, “so some little animals will have a little more chance at life on this planet.”