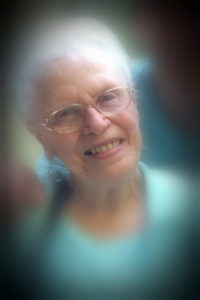 Eleanor Woxholdt, 85
Beloved mother and grandmother
Eleanor Woxholdt, a lifelong Staten Islander, passed away peacefully from a short illness. She was 85 years old.
Eleanor was a graduate of Port Richmond High School and was a devoted mother to her two sons, an avid New York Yankees fan who enjoyed going to watch the Staten Island Yankees. She enjoyed hosting holiday dinners with her family, knitting and jigsaw puzzles.
She was the wife of her late husband, Bernhard Woxholdt, and is survived by her two sons, Arthur J. Woxholdt and William R. Woxholdt; her daughter-in-law, Kathryn C. Woxholdt (wife of Arthur), and her five grandchildren, Erik J, Kristin N., Valerie G, Colleen K., and Sarah E. Woxholdt, and her sister, Elizabeth Fougner, many nieces and nephews, along with many great-nieces and nephews. Her death was preceded by her late sister, Agatha Fougner.
Funeral service will be held at Cherubini McInernery Funeral Home on Monday at 11 a.m. followed by a burial at Moravian Cemetery. Viewing will be on Sunday, June 2, 2019 from 2 to 4 and 6 to 8 p.m.