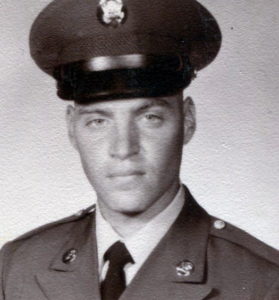 To my family and friends, we regret to inform you of the passing of our brother Edward H. Rose on
Sept 2, 2017. Oldest son of five children of David and Anne Rose from Brooklyn, NY, “Eddie” was a wonderful, smart
and charitable brother who loved his family deeply, served his country with honor and as a disabled Veteran,
stayed the course of integrity with everything he did in his life. In service, Eddie earned his diploma as an outstanding
PVT in the US Army Southeastern Signal School and served in this capacity in Seoul, Korea from about 1967 -69.
Disabled during his tour of service, Eddie was honorably discharged and reentered private life working in the newspaper
industry. He landed a job with The NY POST and its affiliates for many years.
Eddie had many avocations and “loves” such as Collecting Stamps, going to the movies, enjoying the Car Shows
annually at Columbus Circle, listening and singing Rock N Music and enjoyed the finest cuisines. His sense of humor was paramount when it came to
family functions and parties and always ‘stayed the straight and narrow’ when it come to doing business.
Eddie is survived by his three sisters Florence De Boissiere, Doreen and Bonnie Rose and younger brother, Stan.
Also survived by his brother -in-law Roger De Boissiere, and Uncle to Melanie and Alan Goldblum, Michael DeBoissiere, Dara and Jim Godfrey,
Jason and Fabiola Rose, Melissa Rose and Great Uncle to: Jake Rose, Amanda Rose, Jason Rose Jr, Grant Godfrey, Alexa and Max Goldblum.
During our family’s trials, tribulationis and illnesses, Eddie was always there to help our family get through.
He was an ‘angel’ in our midst, our role model we all looked up too, He will forever be loved and missed!
We love you “Eddie” and may the Lord take care of you in the heavens for all eternity.