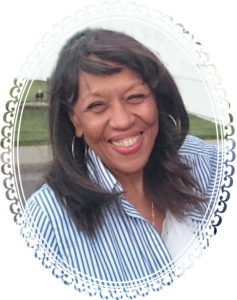 Doris Victoria Willis passed away on March 3 2019.  Lovingly known as Di she was born on March 4,  1942 in New York, New York to Effie and Donald Willis.

Di graduated  from the fashion Institute of Technology in 1974, shortly after she began her career in fashion designing Children’s wear and evening wear.

Her debut as a designer of wedding dresses came in 1978 after she was profiled at a Bloomingdale’s fashion show honoring new black designers from F.I.T. that same year the famed fashion publicist Eleanor Lambert featured Di in her “Rising Star” presentation at the Plaza.

Through Di’s career she made several television appearances and made many dresses for celebrities including Valerie Simpson of the R&B group Ashford and Simpson, her creations were also seen in the 1982 movie “Arthur”, In 1983 Di opened her  own company Genesis III.

Di was also a devout Christian who loved her faith and spreading the good news to all, she loved her family and the holidays.

She is survived by her sister Patricia, her brother Rodney ,  in-laws and many nieces and nephews.  Di will be greatly missed.