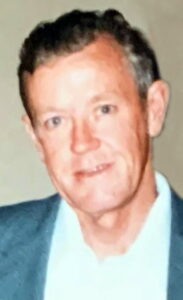 Born in Tompkinsville, Charles (Spike) settled in West Brighton with his wife, Rita, after their marriage in 1954.

He joined the NYPD, serving 20 years in Manhattan, and later in Tottenville.

Charles was the proud father of seven children, including a set of triplets and twins. He was a parishioner of Blessed Sacrament R.C. Church, West Brighton. He was a Titan League coach at Blessed Sacrament and he was a longtime member of Hillside Swim Club.

He enjoyed running and walking in Clove Lakes Park. He was an avid reader, and he loved spending time with his grandchildren and great grandchildren. He enjoyed swimming, the beach and country music. He also enjoyed watching the Mets.

Charles was predeceased by his parents, James & Mary, his wife Rita (Conte), and his siblings Helen Warner and James Styles.

A viewing will be held at on Tuesday, August 24th from 3pm – 8pm at Cherubini McInerney Funeral Home, located at 1289 Forest Avenue, Staten Island, NY 10302.

A funeral mass will be held on Wednesday, August 25th at 10am at Blessed Sacrament Church, 1091 Forest Avenue, Staten Island, NY 10310.  Burial will follow at St. Peter’s Cemetery, West Brighton.

In lieu of flowers, the family suggests donations to ArchCare, the Continuing Care Community of the Archdiocese of New York:  https://www.archcare.org/donate.