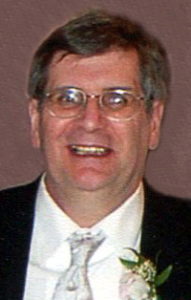 Carmine R. DiStasio, 62
Retired national park ranger
Carmine R. DiStasio, 62, of Bulls Head, formerly of New Brighton, on Dec. 2, 2017, at Staten Island University Hospital. Carmine is survived by his loving wife, Christine Madaio DiStasio.
He graduated from St. Peter’s Boys H.S. and later attended Adams State College in Colorado and received a master’s degree in public administration. After graduation, he worked as a national park ranger from 1972 to 2001 until his retirement.
He served in the Peace Corps from 1976 to 1979. He met his wife while in Lesotho, Southern Africa, where he also started the first softball league for high school students. He was an avid runner, bicyclist, and enjoyed mountain climbing, which included the Grand Canyon. He was also a member of the Staten Island Multiple Sclerosis Group (SIMS).
In addition to his wife, Christine, he is also survived by his children, Jordana Hoffman (Charles) and Nicholas DiStasio (Emily), brother to Elizabeth Ann Hill, and Anthony DiStasio, his grandchildren, Molloy and Rima Camille Hoffman, and his beloved caregiver, Neli.
Funeral from Cherubini McInerney Funeral Home (formally Meislohn Silvie) on Thursday at 10:15 a.m. Mass of Christian Burial at Our Lady of Pity R.C. Church at 11a.m. Burial is at St. Peter’s Cemetery. Visiting hours will be on Wednesday, from 2 to 5 and 7 to 9 p.m.
In lieu of flowers, donations can be made to SIUH, MS Society and the Staten Island Ballet.

Our Lady of Pity