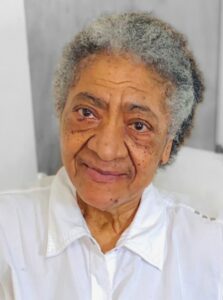 On July 14,2022 Bessie Armstrong Mitchell of Staten Island, New York; (Originally of Dallas, North Carolina). She made her transition from earth to the heavens to be reunited with the love of her life Alphonso B. Mitchell. She was the matriarch of three generations. She was a graduate of Bessmer City High School. She moved to Staten Island in her early 20’s to become a hairdresser. She later embarked on her career as a CNA, where she worked at St. Vincents Hospital for the next 20 years.

Family and friends are invited to call on Tuesday, July 19, 2022 from 5-9pm, with a burial scheduled for 12pm on Wednesday at Silver Mount Cemetery. Funeral arrangements have been entrusted to Cherubini McInerny Funeral Home, 1289 Forest Avenue.

“Due to unforeseen circumstances with Silver Mount Cemetery (short staffed) …..Burial date and time has been changed to Thursday, 10am at Woodland Cemetery.”