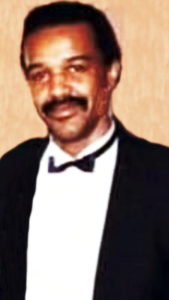 Woodrow Williams, Jr. was born on August 15, 1947 in Harlem, NY at Sydenham Hospital to the late Marian and Woodrow Williams, Sr.  He lived in Harlem until the age of 11 when his family moved to Brooklyn, NY.  Woodrow Jr. was affectionately known as Sonny Boy and later, Sonny.

Sonny attended George Westinghouse High School in Brooklyn and after graduating worked as a Mailroom Clerk at the CBS Studios in New York City.

He met Maggie McCrae and together they had two daughters. In January 1981, he married Marlene Brown and from their union they had one daughter.

Always willing to give a helping hand, Sonny assisted senior citizens for many years in the Wycoff Projects in Brooklyn. He also worked at various bodegas in downtown Brooklyn for many years.

When Sonny became ill, he resided on Staten Island, NY at the Vanderbilt Nursing Home until he was called home on September 1, 2020.

He is now with his parents and siblings: Marian and Woodrow; brothers, Darryl, Douglas, and Allen; and sisters, Deborah and Arlene.