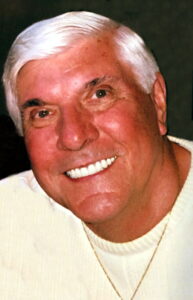 Of Port Richmond passed away on Sunday January 24, 2021. A native Staten Islander he was born and raised in West Brighton. He was the son of the late Vincent and Helen Nichols (nee Czarniak). Devoted husband to his “bride” of 53 years, Kathleen L. Nichols (nee Walsh) originally of Brooklyn, NY. They were married for over 53 years.

Vincent valiantly served his country in the Unites States Marine Corp from 1963 -1967, where he was awarded the Purple Heart for combat wounds suffered during the Vietnam War. He was an active and proud member of the Staten Island chapter of the Marine Corp League.

Vincent retired in 2007 from Hayward Manufacturing in Elizabeth, NJ where he spent over 40 years in various sales management positions.

He was a devoted father to his daughter Kristine King and her husband Scott of Morristown, NJ as well as his son Craig of Port Richmond. He leaves behind two grandchildren Alexander and Grace King.

Funeral service will be held at Cherubini McInerney Funeral Home, 1289 Forest Avenue, on Friday, February 5, 2021 at 11:00am followed by a burial at Resurrection Cemetery.  Family and Friends are invited for viewing on Thursday from 4pm-8pm.