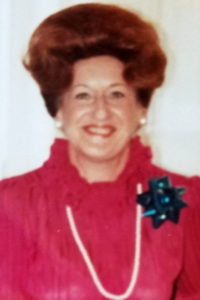 Johansen, Theresa F. 95, passed away Monday at the Eger Nursing Home after a brief illness. She was born in West Brighton and has been living at her current residence in Port Richmond for over 50 years. She graduated from Curtis High School in 1941 and worked for Richmond Storage from 1941 to 1952. Then worked in New York employed by Paul Seghers, Reinhart and McCall, an International Taxation Attorney from 1952 until 1981. Then a legal secretary for Deforest & Duer in NYC from 1981 to 1983. She proudly served as a Nurses Aide at St. Vincent’s Hospital during WW II. Theresa was a member of AARP and VFW Post in Staten Island. Her hobbies included gardening and her love for flowers. She was also an avid bowler for many years at Victory Bowling Lanes and Bowling on the Green.

Theresa was married to the late ODD Johansen who passed away in the early 1990s. And survived by her daughter Olga-Doreen Johansen of Boca Raton, Fl.  And her son, Robert J. Johansen of Staten Island.  Also her sister, Doris MacConnell of New Jersey, Brother In Law, Larry Johansen of Florida and Sister In Law, Ann Sands of New Jersey,  along with many nieces and a nephews.

Funeral will be from Cherubini McInerney Funeral Home, 1289 Forest Avenue on Friday at 10:30 AM, with a mass at Blessed Sacrament RC. Church at 11 AM followed by a burial at St. Peter’s Cemetery. Visiting Hours will be on Thursday from 2-4pm and 7-9pm.