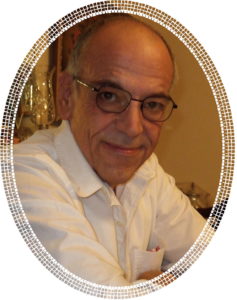 Stephen Vincent Moscowitch passed away suddenly at his home in Naples, Florida on March 8th 2019 at the age of 70.

Stephen was born in Bensonhurst, Brooklyn to Rose and Stephen Moscowitch on November 20th 1948. In 1962 the family moved to Sunnyside, Staten Island. Stephen graduated New Dorp High School and was a member of the football team. He attended Staten Island Community College before transferring to Pace University. After College he served 6 years in the Army National Guard. On October 11th 1969 he married Elizabeth (Betsy) McMillan of Castleton Corners who preceded him on March 15th, 2002. Stephen started his career at the Cranford Chronicle, then the Staten Island Advance in the advertising department and later to the New York Post. The remaining 20 years of his career were spent at the New York Times as the Managing Director in advertising retiring in 2006. Stephen married Maritza Rivera in 2010 and moved from Staten Island, NY to Naples, FL in December 2014.

Relatives and friends are invited to attend Stephen’s Memorial of Life on Saturday March 30th 2019 from 1pm to 5pm with services at 3pm at Cherubini-McInerney Funeral Home 1289 Forest Ave Staten Island, NY 10302