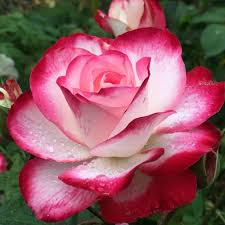 Born Shirley Palmer in New Brighton where she resided until her marriage to Richard W. Elfers in 1971.

A 1936 graduate of Curtis High School and 20-year member of its Alumni association.  Honored in October 2019 by Curtis His School as the oldest living graduate. Mrs. Elfers was employed in the business world as an administrative assistant with United Press International for nine years followed by seventeen years with the Committee for Economic Development from which she retired in 1977.

A lifelong member of Christ Episcopal Church, where she was confirmed and married, Mrs. Elfers sang in the choir, was past President and Treasurer of the Women’s Auxiliary and Directress of The Altar Guild in which she participated for sixty years. Past member of the Vestry she served as the first female Senior Warden at Christ Episcopal Church.  Was a Charter Member of Society of the Magi at the Cathedral of Saint John the Devine.

A proud Staten Islander she supported its institutions and held membership in the Staten Island Historical Society, was past president of its Women’s Auxiliary;  also the Staten Island Museum, Greenbelt Conservancy, Friends of Snug Harbor, The Noble Maritime Collection, Staten Island Zoological Society, and the Alice Austin House.   Her favorite charities were the Society for Children and Families and Episcopal Social Services & Seaman’s Institute.

For business as well as pleasure she traveled extensively throughout the United States, including Alaska and Hawaii, as well as The British Isles, Italy and Germany.

Longtime subscriptions to the Metropolitan Opera and NY City Ballet brought her often to Lincoln Center.

Predeceased by her brother William Palmer in 1974, and her sister Marilyn Metzger in 2010

A widow since 1992 surviving are her nephew Scott Metzger and nieces Kim Smith and Linda Sarno.

Funeral arrangements handled by Cherubini McInerney Funeral Home at 1289 Forest Avenue.  Viewing will be on Monday, 3:00pm-8:00pm with a graveside service on Tuesday at 11:00am Moravian Cemetery.