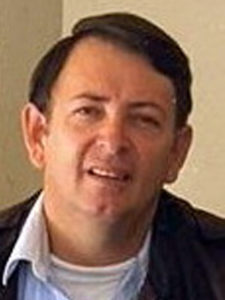 Shelby Ray Allison, born August 28, 1944 in Springhill, LA passed away August 11, 2017 after a long battle with cancer. He is survived by his sister, Sandy Allison Johnson (Tony), his brother, Randy Allison and wife, Cathy Cespedes. He was preceded in death by his mother, Maudie Waller Allison, father, Henry Allison and infant twin brother and sister.  He is survived by six children, Suzanne Allison, Andrea Greathouse (Tony), David Allison (Tanya), Lisa Hornbuckle (Mike), Lea Allison and Lori Allison.  He is also survived by 13 grandchildren and one great grandchild.

Shelby moved to California in 1951 and was discharged from the Air Force in 1963.  He worked all his life with computers.  He took joy from becoming a licensed private pilot. He also enjoyed traveling the world.  He was a very charming, intelligent individual who loved to make others laugh, especially his children.  He spent time in Hamburg, AR and greatly missed it when he moved away.  Shelby resided in Staten Island, NY.

A private ceremony will be held at Beech Creek Cemetery upon announcement.  In lieu of flowers, donations may be made to Beech Creek Cemetery Fund.  Arrangements handled at Cherubini McInerney Funeral Home in Staten Island, NY, condolences can be left at their website.