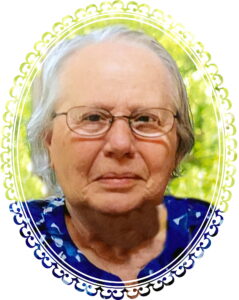 Jane Cangemi, age 88, passed away peacefully at RUMC after a lengthy battle with Alzheimer’s disease.  A native Staten Islander she lived her entire life in a one mile radius, Randal Manor to Sunny Side to West Brighton to Randal Manor.  She graduated from PS 45, Curtis High School (ARISTA) and Wagner College where she earned a BS Degree.  After College worked for a few years at New York Life as a Medical Technician prior to leaving to raise her family.

Jane was always volunteering for something.  When her children were in public school she was president of the PTA at PS 45, IS 27 and McKee High School all while assisting at her first love, St. Mary’s Episcopal Church, West Brighton.  At St. Mary’s she chaired the annual fair dinner and cooked for as many as 150 people.  Jane also served on the vestry, was active in Episcopal Church Women group, bible study group and with the Altar Guild later becoming directress for many years.  She was baptized at St. Mary’s in 1935 and served the parish for all these many years.  The family plans to inter her ashes in the rose garden at St. Mary’s.  In her early 60’s Jane found a new love, “golf”.  She played with the ladies on Tuesdays and she and Frank enjoyed many afternoons on the golf course as well as traveling south for a golf vacation every year.  Her one claim to fame on the golf course is when she won the prestigious “sweet sixteen” golf tournament sponsored by the Avis family in honor of sixteen Ladies Championships won by  Nancy Avis at the Richmond County Country Club.  One of her prizes was a gold necklace with the roman numerals “XVI” which she later gave to her youngest granddaughter, Chaney, on her sixteenth birthday.  Family was everything to Jane and she enjoyed all the get-togethers at her home.  She and her family were blessed to have loving caregivers to assist with her care over the last several years.