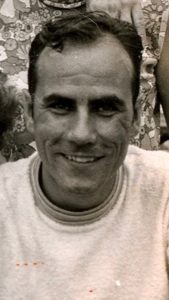 Richard Ashton, 77
Former Staten Islander, loving husband, father, grandfather, great-grandfather, brother, and uncle
Richard Ashton passed away peacefully on Friday, Sept. 27, 2019, in Brick, N.J., at the age of 77.
Born in Staten Island, N.Y., he grew up in Manhattan and was a graduate of Salesian High School, New Rochelle. Richard married Carol Decker and had three loving children.
Richard loved coaching his kids in the Blessed Sacrament Titan League. He was an avid Yankees fan and a season ticket holder to the N.Y. Giants. He worked as a comptroller in Manhattan for 35 years. He was able to buy a summer home at the Jersey shore, where he eventually retired and loved to host his entire extended family.
He was predeceased by his wife, Carol, and his brother, Ward Ashton. He is survived by and will be greatly missed by his daughter, Helen (Ronald) Riccardi; his sons, Kevin Ashton (David Marshall) and Brian (Victoria) Ashton; eight grandchildren, Paul, Patrick, Alanna, Kelly, Christopher, Matthew, Craig, and Grant; a great-grandchild, Brayden, and an extended family of nieces and nephews. They were all lucky to have known him.
In lieu of flowers, donations to the American Cancer Society

would be greatly appreciated.
The funeral is to be held at Cherubini McInerney Funeral Home on Tuesday at 9:30 a.m., with a Mass at Blessed Sacrament R.C. Church at 10 a.m. Family and friends are invited for viewing on Monday, from 2 to 4 and 7 to 9 p.m., at the funeral home.