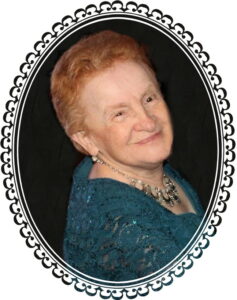 Pasqua Scotto Dantuono, 78, of Staten Island NY, passed away at 7:20 A.M Sunday morning on June 27th, 2021 after a long battle with dementia at Staten Island University Hospital North. Pasqua was born in a small region in Italy, Mola Di Bari, to loving parents Frank Caputo & Nunzia Papeo. Pasqua was named after the Italian translation of “Easter”.  Pasqua was born a fraternal twin alongside her brother, Matteo, who later passed away shortly after birth due to complications. Pasqua was one of the youngest alongside brothers and sisters, Guiseppe, Michele, Chiarina, Maria & Rina. The family grew up together in this small town until they were approaching adulthood. When they were grown, they made the sacrificing decision to venture across the waters for the American dream. The family made the unfavorable decision to come to America one by one. Although Pasqua loved where she grew up, she could not bear the separation of her family and soon followed to the promised land. Upon arriving in America, this rather large family lived in a small apartment in downtown Carroll Gardens, Red Hook Brooklyn.

After some time the family was reunited again in Red Hook Brooklyn, Red Hook seemed to be a broader reminiscent of home flourishing with others who made a similar journey. Soon after arrival, she met her future husband Michele Scotto at a mutual family and friend’s gathering. They were soon married and began to start their own family, giving birth to their first child named Linda named after Michele’s mother. The joy of motherhood came over Pasqua and she devoted her life to her family, taking jobs as a seamstress to contribute financially and supporting her husband. Being a mother to us and a mother to anyone who came across her path was her life’s purpose. Pasqua wanted to grow her family, but she came across a challenge when she was diagnosed with epilepsy. At that time, there were not many advancements available for treatment. She ran great risk on future pregnancies, and it began a difficult journey to have another child. This weighed on her hopes for another child, but 7 years later, her prayers were answered and had a healthy baby boy named Aniello.

Pasqua alongside her own children and the children of all her siblings, family time was what she lived for. Cooking for anyone that came near her kitchen, making sure we were taken care of every moment of the day and night. The care for others took precedence over her own at any moment. Along with her husband and two children, they now lived in a 3rd-floor one-bedroom apartment in Brooklyn. The children were getting older, and they worked hard enough to purchase their first family home across the Verrazano into Staten Island following her siblings as their families grew.

As her children grew and time became available, she enjoyed family bus trips with her siblings to Atlantic City, holiday gatherings, and family life gatherings such as birthdays, christenings, weddings, and more. Watching her family grow was her greatest joy. And then she had the chance to devote all her love to her grandchildren Isabelle, and Thomas, from her daughter, Linda, and son-in-law, Michael Westgate. Pasqua was there every second to help raise them, and there was always a smile on her face when she saw her grandchildren walk through the door. They were the joy of her life. We loved to teach her English any chance we had, especially since she was so stubborn to learn, making it fun for us to translate every sentence to her. We used Wheel of Fortune, her favorite show, as a tool. Even with a language barrier, she could navigate through multiple working environments and befriend many that came her way.

About 6 years ago after a 5-month grueling battle in the hospital after routine surgery, she began showing signs of dementia, she fought as hard as she could and made it to dance with her son at his wedding after being bed-bound. But the struggle did not end. Dementia took over and affected daily activities. Her husband and children and grandchildren stood by her side for support.

We loved and cherished every moment, we thank her for her devotion to her family, children, and marriage. We hope she is free from suffering and is finally reunited with some of our family & friends that we have lost. Her mother Nunzia, her father Frank, her twin brother Matteo, Zio Paolo, Zio Guiseppe Caputo, Tino DeCorato, Zia Lenora Pesce, Nephew Danny Pesce, Zia Florina Caputo, Zia Maria Caputo, and to all our family & friends that she so dearly missed.