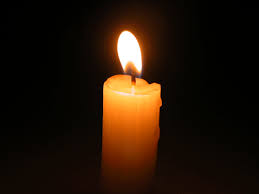 “Please reach out to the funeral home, we hope this message reaches you.”

Octavio Adolphus Van Heyningen was born on the island of Aruba, May 26, 1935, to Maria Delores Van Heyningen (nee Hamilton) and Amias Octavius Van Heyningen. He was raised by his mother. Octavio or “Van” or “Tavito” as he was called was a loyal son, brother, uncle, father, grandfather, and friend.

While in Aruba, Octavio attended Prins Bernard school in San Nicolas. He immigrated to the US in 1957 and settled in Staten Island, NY. Octavio faithfully worked for the MTA, first as a Conductor, then as a Motorman (train operator) for 20+ years, until he retired.

Octavio had a wicked sense-of-humor, generous with an abundance of charm and charisma. People felt good being around him. He often enjoyed traveling, especially to the Dominican Republic (Santo Domingo). While he didn’t speak fluent Spanish, he could understand it and often wondered why he wasn’t born in Santo Domingo instead of his big sister, Aurora, who couldn’t speak the language.

Octavio had a great love for baseball and was a Dodgers fan right to the end. He also had an extensive collection of salsa LP’s and cassettes, which he left behind. Octavio enjoyed his life, his music and having a good time. Like his brothers, Octavio was always very dapper, made sure his outfits were well coordinated and appreciated a good smelling cologne.

To our great sorrow, Octavio left us Tuesday night, June 7, 2022, at the age of 87, in Richmond University Medical Center. He is survived by his younger sister, Gladys, son Robert, grandchildren, sisters-in-law Ria, Aurelia, Beatrix, and Elfavincia, numerous nieces and nephews in Curacao, Aruba and the US, including Janet Simmons and Jennifer Sammon. He is predeceased by his parents and older sister, Aurora, as well as brothers Woodrow, Charles, Simon, Wendell, and sister Ianthe.

As we celebrate Octavio’s long life and mourn his passing, we will miss his warm smile and how he made us laugh. He will never be forgotten; may he rest in peace.

Viewing and Services will be held at Cherubini McInerney Funeral Home, 1218 Forest Avenue, Staten Island, NY and internment will be at Woodlawn Cemetery, 4199 Webster Avenue, Bronx, NY on Monday, June 13, 2022.