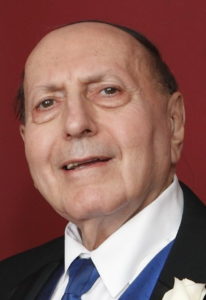 He held a B.A. from Bucknell University, Lewisburg, PA and an Engineering degree from Pratt Institute in Brooklyn, NY.

For many years he was a partner with his brother, George in a manufacturing business in Brooklyn doing extensive government contract work.

Nat is survived by his former wife of 42 years, Angela, his son Ben, his daughters Bettina, Selma Ward, Grace, Michele Pizzo and Jeanine.  His granddaughters, Gianna, Megan and Paige; His grandsons, Patrick, Brendan and Anthony.

In lieu of flowers, please donate in the loving memory of Nathan Moss to the Staten Island Zoological Society.