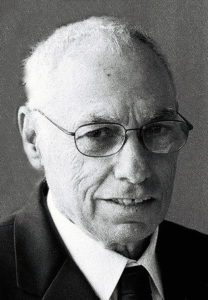 Joseph Charles Caruso, 83, passed away peacefully on February 21, 2017.  Born and raised in Brooklyn, NY, he moved to Staten Island in 1967 with his late wife, Angela Caruso. Joseph served in the U.S. Army for two years.  After his discharge he worked as a Retail Buyer until his retirement.

Joseph enjoyed traveling to Europe with Angela, sailing, playing tennis and ping-pong, and swimming at Brady’s Pond in Grasmere, which his home overlooked. Joseph’s most joyous times were spent with Angela, his daughters, and his grandchildren.

The Funeral Mass will be held Friday at St. Sylvester Church in Emerson Hill at 10:00 a.m. followed by burial at St. Peter’s Cemetery. Friends are invited to call on Thursday from 2 to 4 and from 7 to 9 at Cherubini-McInerney Funeral Home, 1289 Forest Avenue (formerly Meislohn- Silvie).