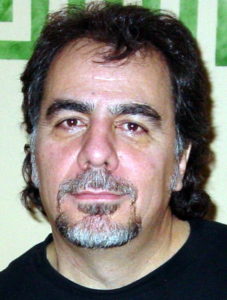 John Thomas (“JT”) Pollina, age 69, passed away at his home May 10, 2019. John is survived by his wife of nearly three years, Annie; his mother, Kitty Pollina of Staten Island; and his younger sister, Linda D’Albero and her husband, Ray, of Toms River, N.J.

John was born October 8, 1949, in Brooklyn. Besides being the longtime owner and proprietor of Renaissance Painting & Paperhanging in Staten Island, he was a gifted and accomplished drummer. Although he performed with Toy Box, Rydim Squad, the Bitter Dreggs, the Retro Rockits, the Corleones, Orphan, the Jimmy Mack Band and many other acts, he’s best known for his 26 years as a member of the Blue Meanies, a popular Staten Island band that he co-founded in 1993. His fans, peers and band mates will forever remember his wit and grand presence behind the drum kit, not to mention his impeccable time keeping, creativity and hard-hitting style.

John was a devoted follower of the Mets and an avid fan of thoroughbred horse racing. He also was a history buff and could be counted on to provide information on a wide range of topics, including World War II and other significant events in United States history. John was respected and loved by all who knew him for his great intellect and amazing sense of humor. He will be missed by all.

In lieu of flowers, a donation can be made in John’s memory to the American Cancer