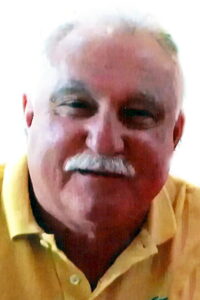 John S. Bellucci, 72, of New Brighton passed into eternal life while away at his “Happy Place” in Highland Beach, FL on February 11, 2022.

Born in Vinchiaturo, Italy to Maria and Michele, John was brought to America at 9 years old and settled in New Brighton with his parents and Sister Phyllis.

John attended PS 40 and McKee Vocational HS. He was well known in his community and, as a youth, worked at Goodhue Pool. After High School, John proudly served his country in the US Army, stationed in Germany.  John then married his sweetheart Marie DiNoia and settled in Randall Manor. He worked for 40+ years as a General Superintendent in construction and was well respected, specializing in the telecommunications divisions, city-wide.

John was pre-deceased by his parents. In addition to his beloved wife Marie of 47 years, he leaves 2 sons, Christopher (Janine), Michael (Mary Kate) and his grandchildren Alexandra, Christopher James (CJ) and Giovanni.  He is also survived by his sister Phyllis DiFazio (Sal), his sisters in law Teresa Rodriguez, Diane Neville (Patrick) and 4 nephews.

John had a lifelong hobby of raising pigeons, he built his own personal ponderosa in the country upstate NY and travelled there frequently, and loved to spend time in Florida.

A devout catholic, wherever life found him, he was a frequent communicant.

John loved to walk, build and observe excavation and construction projects, a trade he loved and excelled at.