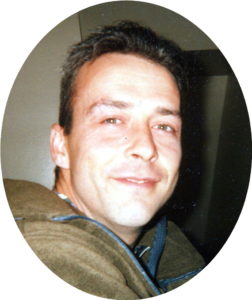 John aka (Jack) F. Grant, passed away peacefully surrounded by his loving family and friends on Friday, June 22, 2018 at the age of 49.

Born on September of 1968 in Brooklyn, New York,  John’s family eventually moved to Staten Island where he graduated from Tottenville High School.  He worked for the NYC Housing Authority for many years.  John’s hobbies included riding motorcycles, playing cards with his friends and family and Brazilian Jiu-Jitsu, where he actually just received his Brown Belt.

John is survived by his loving wife, Dana and his beloved son, James.   He will be missed by all…family and friends.