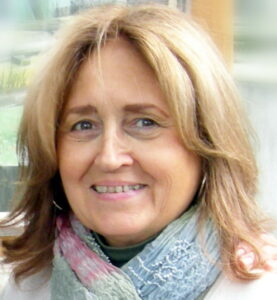 Joan Sinclair of Grasmere passes away at the age of 83

Joan (deFabritus) Sinclair, a noted watercolor artist from Grasmere, has passed away at the age of 83.  Joan was born in Manhattan to James (Luigi) deFabritus, of the same borough, and Genevieve (Pontus) deFabritus of Orange, N.J.  Joan was raised on Staten Island and attended Sacred Heart elementary school, followed by New Dorp High School, from which she graduated in 1955.  A short time later this was followed by the attainment of an Associate’s degree in Dress Design from the Fashion Institute of Technology.  Joan spent much of the late 1960s and early 1970s working in the garment district, once having a creation of hers being the focus of a full-page ad in the N.Y. Times.

She began a family in 1961 and is survived by Jeffrey and wife Sandra (Staten Island), Elisa and husband Thomas (Manhattan) and Beth husband Frank (Oregon).  She is also survived by three grandchildren, Adam, Hannah and Charlotte.  After receiving a Bachelor’s Degree in Art from the former Richmond College in 1975, she embarked on a journey with her long-time passion of painting.  Joan was a noted watercolorist who was a regular fixture at the annual fence show at the Snug Harbor Cultural Center.  She would frequently be part of solo or group exhibits throughout the tri-state area for the next five decades.  One of her proudest achievements is having one of her paintings hung on a wall in Norway alongside a work by the great Expressionist Edvard Munch.  She spent her life studying and creating great works of art.  Her passions included traveling with family and friends, eating and creating great meals and just being an all-around fun and interesting person.  Joan was also a long-time member of the Cameron Club in Grasmere and was a devoted parishioner of St. Sylvester’s Roman Catholic church in Concord.

Services were entrusted to the care of Cherubini McInerney Funeral Home. Thoughts and condolences can be sent to the family at www.cherubinifunerals.com.