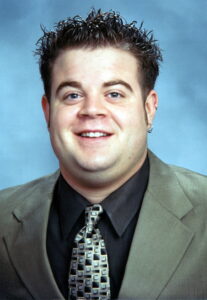 Jerald “Jay” Karl Sugarman, Jr., fondly referred to by all as Jay, was born on February 1, 1983 to Jerald Karl Sugarman, Sr. and Karen Walker Sugarman in Staten Island, New York.  He was a proud graduate of St. Peter’s Boys High School and Pennsylvania State University.  He spent his working years in the shipping industry before becoming a proud small business owner.  He was a passionate sports fan – Yankees, Giants and Penn State games were a particular source of happiness for him – and he enjoyed watching them with his family and friends.  He would give you the shirt off of his back, no matter the weather.  He was quick with a joke- with an infectious laugh and smile that would light up the room.  He improved the lives of everyone he touched, no matter how brief their interaction.  He loved his family fiercely, most especially his three children who were the light of his life and also his beloved mother, who is the bedrock of the Sugarman Family.  He was an avid traveler, loved to experience the cultures (and foods) of the world, loved to cook and always looked forward to his next adventure in life.  This world is a dimmer place without his light but thankfully heaven is that much brighter now.

He was predeceased by his beloved father and namesake, Jerald Karl Sugarman, Sr.

In lieu of flowers, please consider making a donation in Jay’s name to an organization that is important to you and that improved the world we live in- as he would want his memory to shine broadly and brightly.

From Cherubini Mcinerney’s family to yours, here is a memorial tribute of Jay.