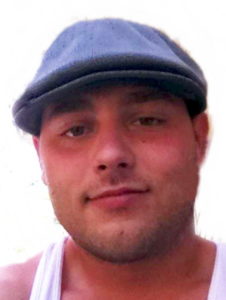 Jason Castellano, sadly passed away unexpectedly at home at the age of 32.

Born and raised in Staten Island, New York he worked as a delivery route driver.  During his free time, he would watch the Dallas Cowboys football game every Sunday with his family as well as watch the NY Yankees.  He was a NASCAR fan and enjoyed motorcycles.

Jason is survived by his mother, Retired NYPD Dawn Castellano and his father, Thomas Defazio and daughter, Brianna.

He is predeceased by his brother, Corey Jampetro, his grandparents, George and Emma Castellano and his cousin, Daniel Castellano.

IN ADVANCE, ON BEHALF OF THE FAMILY…..Thank you all for your love and support!!

***In Lieu of flowers, the family would greatly appreciate any donations that can be made towards Jason’s funeral arrangements***