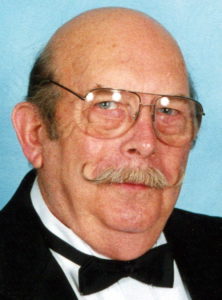 Born in Staten Island, James graduated from McKee HS and served as a Quarter Master-Second Class in the US Navy during the Korean War. He was also a past commander of the North Shore Post Veterans of Foreign Wars #7172 in Westerleigh. Carpenter all his life, the last 20 years he was a carpenter for the NYC Fire Department. He retired in 1995 as a Supervisor in charge of maintenance of all city fire houses. For 30 years, James was a part time Carpenters Union Apprecticeship School Instructor. In his younger years he was a Local 20 union member and worked on the Statue of Liberty, Verrazzano Narrows Bridge and the former World Trade Center.

James had fun going to Atlantic City and playing on his computer. He was also an avid bowler and motorcycle rider. When it came to cruises, James enjoyed them so much that he and his wife went on 115 cruises all over the world.

Services from Cherubini McInerney Funeral Home 1289 Forest Avenue (formally Meislohn Silvie) on Sunday at 8:00pm. Family and friends will be received on Sunday from 2-4 & 7-9pm.