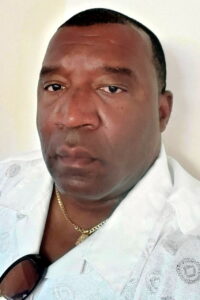 Henry Lee Taylor passed on Friday, February 26, 2021 at approximately 7:00pm.  Henry was 61 years of age.  The location of Henry’s physical departure was in his home close to his loving family.  He was born in Miami, Florida on January 5, 1960.  Henry’s immediate surviving family member are his siblings,  Denise Taylor and his brother, Jerome George Taylor.

He is predeceased by his loving parents, Henry and Annie Taylor, his older brother, Larry Taylor and his beloved daughter, Tyesha Ann Taylor.

Henry completed his education in New York City.  He has successfully obtained an Associates Degree in Mechanical Engineering. He decided to transfer to HSBC Banking.  In which he remained for over 30 years as a Bank Consultant.  Whenever someone needed his assistance, he never hesitated to give 100% of himself whether during work hours or after.  Many would agree that he was a devoted friend to all.

As a child, Henry always enjoyed playing sports.  Football, Baseball, Handball as well as Jogging.  These were only a few of his many choice outdoor activities.  As a pass time, he would watch sports on the weekend and conversing with two of his siblings was an exciting part of his day.  Henry also had an endless love for music.  He would listen to music each weekend while running errands.  As well as, Henry and I would dance together for hours.  After 40 years of marriage, he still choose me as his dance partner. “I love him deeply”.

Funeral arrangements are being handled by Cherubini McInerney Funeral Home, 1289 Forest Avenue, Staten Island, NY.  Service will be held on Tuesday, March 16th from 2-4pm and viewing hours will proceed from 4pm-6pm.  Burial will take place on Wednesday, March 17th at 11:00am at Rosedale Cemetery, 350 E. Linden Avenue, Linden, NJ.

Final Acknowledgement from the family, “Thank you for all your love and support while sending Henry Lee Taylor home.