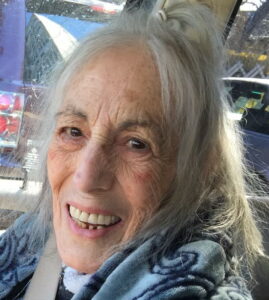 Gloria Castrulli Mele was born on April 6, 1928, in Brooklyn, New York, to Elena (Capuri) and Michele  Castrulli of Italy. She was the younger sister of Albert and Eva, and half-sister to Beatrice, Josephine, and  William. She attended P.S. 230, and went on to graduate from New Utrecht High School.

Gloria met the love of her life, Santo “Sam” Mele, in 1946. They were married later that year and had three children together: Rachel, Louis, and Helen. Family gatherings on weekends and holidays were the  highlight of their lives. Gloria and Sam were married 43 years before Sam’s passing in 1990. With the  exception of a decade spent living on Staten Island, they were Brooklynites all their days.

As the daughter of hard-working immigrants, and having survived the Great Depression and World War  II, Gloria was frugal, resourceful, and highly industrious. She was employed from the age of 17, first  working as an usherette at the RKO Palace in Manhattan, and later for Metropolitan Life Insurance  Company. Gloria became a stay-at-home mother for ten years before working for Aetna from 1956 to  1990 as a typist and supervisor, first in the Brooklyn office, and later at the World Trade Center. During  those years, she and Sam also owned a grocery store, a lounge, and camera stores together. Gloria worked tirelessly to care for her family and maintain their home while doing all of the above, while also  taking on extra hours at every opportunity so she could proudly provide her children with new clothing each season.

In her younger years, Gloria was crazy about dancing, and was a member of the USO. She had a  beautiful singing voice, and loved the music of Frank Sinatra and the Big Bands. She enjoyed long walks,  shopping, and going to Coney Island. She later developed a love for knitting and crocheting, reading biographies, and visiting Aqueduct, Belmont, and the casinos. Known for her talents as a cook and baker,  Gloria enjoyed making everyday meals for her family, but was best known for her Sunday dinners and  holiday spreads. A perpetual animal lover, Gloria had pets all her life, including many cats, a German  Shephard, Glo, and her Chow-Chows, Cameo and Diablo, all of whom she baked for. In her later years,  she most enjoyed the company of her family, her cat, Oreo, and the family dog, Dolce, and watching  Lifetime movies. She had a great laugh, appreciated the simple joys in life, and did all she could to make  the best of things no matter the circumstances.

Gloria was a proud mother, grandmother, and great-grandmother. She is survived by her beloved  daughters, Rachel (Jeffrey) and Helen (Nicholas), grandchildren Nicole (Nicholas), Aleysha (Jaser), Leland (Dana), Rachel (Joshua), and Rebecca (Corey), and great-grandchildren, Chris, Amir, Aleyah, Juliana,  Ruby, June, and Samayah. She will forever be remembered for her smile, strength, determination, resilience, and love of family.

A wake will be held at Cherubini-McInerney Funeral Home on Tuesday, March 15th from 4:00-8:00 pm. A  private service and burial will be held on March 16th. In lieu of flowers, the family requests donations to the ASPCA and St. Jude Children’s Research Hospital.