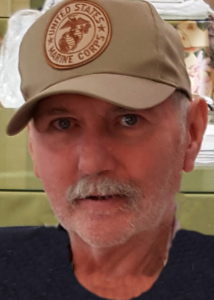 Glen W. McCourt, 71 on April 26, 2017 passed away unexpectedly at Richmond University Medical Center.  He previously was a resident of the Clove Lakes Nursing Home for the past 5 years.  He was born in Stapleton but lived most of his life in Castleton Corners.  He was a member of the Willowbrook Park Baptist Church for most of his life where he served as a greeter.

His hobby was his collection of Matchbox Cars and Hess Trucks, and collected over several hundred.

He especially enjoyed his family and his 8 grandchildren.

He is survived by his loving wife, Elizabeth M. (nee Johnsen), his adored son, James G. (Angela) McCourt along with his beloved daughters, Jennifer B. Deriu and Amy R. Steensen (Sigurd).  Also survived by his brother, Gene McCourt and sister, Bonnie Michael along with 8 grandchildren.

Funeral services will be held at Cherubini Mc-Inerney Funeral Home, (formally Meislohn-Silvie) 1289 Forest Avenue, on Monday at 11:00am.  Visiting hours are on Sunday,  2-4pm  and  7-9pm.

In lieu of flowers donations to the Children’s Bible Fellowship at 250 Nimham Road, Carmel, New York 10512 would be appreciated.