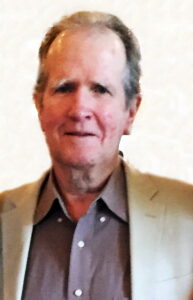 Gerard Edward Gallagher, of Midland Beach, passed away Friday April 1 surrounded by his family. He was 73.

While beginning his career in the NYPD, Gerard was proudest of his time as a firefighter — first in the Lower East Side’s Engine 17 & Ladder 18 and then Engine 166 & Ladder 86 on Staten Island. After retiring from the FDNY, Gerard also worked for Homeland Security on a counter-terrorism task force and, most recently, as security for Calvin Klein. As a husband he was a best friend, as a father he was just the best. Gerard will be remembered for his delicious cooking, deep kindness and fantastic sense of humor.

A memorial service will be held on Sunday April 10 from 1:30-4:30 at Cherubini McInerney Funeral Home on Staten Island.