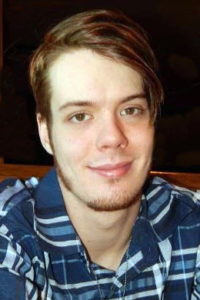 Born in Staten Island, New York in May 1993, George attended McKee High School and worked as an aspiring Artist and DJ most of his life and was recently employed at Costco during the COVID-19 crisis.

George lived life to the fullest and according to his mother & father, Felicia & George, he certainly marched to his own drum.

He enjoyed painting on canvases and going to art shows in New York City and Brooklyn but most of all, spending time with his family.

George is survived by his loving parents, George and Felicia, his brother Matthew, both his grandmothers Nancy Brain & Phyllis Graves.  His aunt Nancy Brain-Martelle and uncles James Martelle & Michael Graves along with other extended family members

He was predeceased by his all three of his grandfathers, George Edward Brain, Clarence Edwin Graves, Jr. and Walter Cohen.

He will be deeply missed by all who knew him.