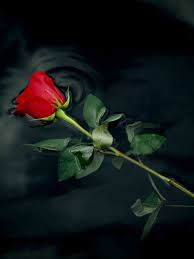 Ethel Mae Davis was called home on April 14th, 2018 in Staten Island, New York.
Ethel Mae Davis better known as  “Mommom” the daughter of the late Ethel and Earl Davis was born on July 27th, 1940 in Philadelphia Pennsylvania. Ethel Mae attended the Philadelphia school system and graduated from Southern High School. Ethel Mae married her late husband Jerome Ford in 1961 whom she shared her only child with.
Ethel Mae wore many white hats. She worked for the Philco Ford company, Boeing aircraft Mackie Vending company, she loved gardening but most of all she enjoyed being the “life of the party”! Mae moved to New York City to be closer to her daughter in 1995, where she retired from Shop Rite in 2005. Always on the move you can catch Mae at nail salon, movie theater or the dollar store and always rolling with one of her great-grand kids.
Ethel Mae was preceded in death by her Brothers; Earl, William, Luis and Ronald
Ethel Mae’s life will forever be cherished by her daughter Renee Chandler Ford,4 grandchildren Sharell Ford, Jeffrey, Shanae and Ashely Chandler. Ten great-grands Janiya,Jayden,Jahlil,Jayla Jeffrey,Julian,Samari, Makhiye, Nori and Kamora. Her sister Toni Smith, 2 sister in laws Jenny Ford, Edna Mae Young. And a host of a nieces and nephews-cousins, greats and close friends.