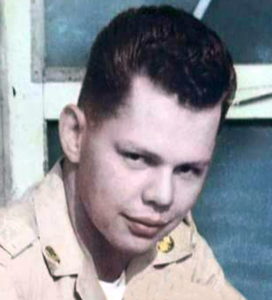 Enrique was wonderful father, grandfather, son, and friend. He was a resident of Staten Island for over 40 years.  He also lived in Manhattan and the Bronx as a young man.

Enrique was a graduate of Chelsea Vocational and Technical High School. He went on to become an Electrician/ Signalman in the NYC Transit Authority. He enlisted in the US Army and rose to the rank of Private First Class (PFC), graduating in the US Army South Eastern Signal School. He served in the 51st Signal Battalion in Korea during the Vietnam War era and was honorably discharged for his service.

His hobbies included gardening, fishing, science, history, political science and he had a love for animals.

Enrique considered his greatest achievements being able to be a provider and father to his children who he educated at Rochester Institute of Technology, The State University of New York, New York University and Pace University up to their graduate degrees.

He lived a full life and was known for his generosity and dedication to his family.

He is survived by his youngest daughter Victoria Arocho, oldest son Antonio Enrique Arocho and his  wife Delmy, a grandson Michael-Gabriel L. Arocho, sisters Anna Arocho-Bentancourt and Rosalie Arocho-Perez. The mother of Enrique’s children was Teresa Gomez-Arocho, as well as other surviving nieces and nephews.

Viewing hours will be held at Cherubini McInerney Funeral Home in Staten Island on Sunday from 2-6pm.  A Funeral Mass of a Christian Burial will be held on Monday, May 1st, 2017, at 10:00am at Holy Family RC Church. Burial to follow at St. Peter’s Cemetery.