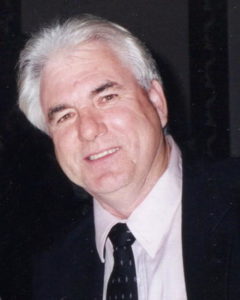 He was a fireman for the NYC Fire Department from 1972 to 2000. He served in the U.S. Navy from 1966 to 1970. He was a member of the American Legion, Gold Star Post in Travis. He was the 98th Grand Marshall of the Travis 4th of July Parade, and a member of St. Anthony of Padua R.C. Church where he served as an usher for many years. He was also a member of the Knights of Columbus and the Elks Club. His hobbies included working around his home, and he was an avid sports fan, especially concerning the NY Yankees, Giants, and Rangers.

He is survived by his wife, Julianna (nee Bonczek); loving children, Edward J. Matusiak, Michele Romano, Laura Howley, and Susan Houle; his sister, Lorraine Silvestri, and by his 11 loving grandchildren.

Funeral from Cherubini McInerney Funeral Home, formerly Meislohn-Silvie, is on Monday at 9:15 a.m. with a Mass of Christian Burial at St. Anthony of Padua at 10 a.m. Interment is at St. Peter’s Cemetery.

In lieu of flowers, donations to St. Anthony of Padua R.C. Church, 4055 Victory Blvd. would be appreciated.