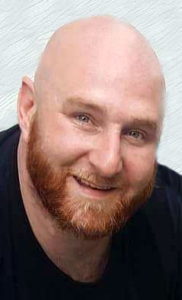 Corey Jampetro sadly passed away on Monday, August 26, 2019 in Keansburg, New Jersey at the age of 39.

Born in Mount Holly, New Jersey in July of 1980 to his parents, Louis and Dawn , his family eventually moved to Staten Island, New York where he was raised and had attended Susan E. Wagner High School.  Corey was an avid Pittsburg Steelers fan and had always watched all their games.  He also enjoyed motorcycles and  monster trucks.  But what he loved most of all, was spending time with his son, Giovanni, his fiancé, Candy and his family.

Corey is survived by his loving mother, Dawn Castellano, his beloved fiancé and son, Candy Giron and Giovanni Jampetro.   His sisters Staciann Jampetro-Mendez and Victoria Jampetro, his brothers Ross Jampetro and Jason Castellano.  His grandparents, Lou and Jan Jampetro along with his Nieces and Nephews, Louis, Dominick, Lia, Izaiah, Aliyanna, Trinity and Brianna, as well as Rosina, Alyssa, Jorgie and Diego.  10 Uncles and 9 Aunts and many many cousins.

He was predeceased by his father, Louis (Buddy) Jampetro and his grandparents, George and Emma Castellano, along with his cousin, Daniel Castellano and his brother-in-law, Timothy.

Corey will be deeply missed by all who knew him.

****On behalf of the family, in advance, Thank you for all your love and support***

****In Lieu of flowers, the family would greatly appreciate donations to go for the future care of Corey’s son, Giovanni ****