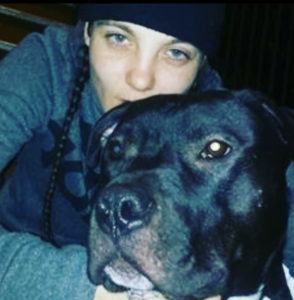 It is with broken hearts that we share the accidental tragic passing of our beloved Christina Marie Pardee, on May 8, 2020.

Christina was born in New Brighton and lived most of her life on Staten island surrounded by her family and friends.  At Christina’s time of death, she was living in Manhattan with her girlfriend,  her girlfriends’ two children and Christina’s fur babies and faithful companions Biggie and Cocoa.

A graduate of Port Richmond High School, Christina enjoyed her job at WIS, where she was an inventory specialist and took pride in her job. Christina loved life, and spent most of her time doting on her nephews and nieces.  Christina  was outgoing, caring, and fiercely protective of her family and close friends.  Christina took pride in who she was, ever an admirer of anything rainbow colored.

Christina is survived by her parents, Doris and Francis Pardee, her stepfather Edwin Tosado, her brothers Frankie Pardee,  Zephan Pardee, and her sisters Kimberly Boudreau and Destiny Tosado. Christina’s aunt, Florence Donohue and cousin, Margaret Pardee, although were not her sisters, were raised as such. Also survived by her Aunt Jeanie, her nephews Justice, Julian, and Abdullah; and her nieces Isabella, Melanie, and her namesake Christina Marie. Christina would have also welcomed a new baby R. into her family. Christina is also survived by many Aunts and Uncles. Christina’s grandparents Doris Boudreau and Vincent Scaduto as well as Arthur and Agnes Pardee preceded Christina in death.