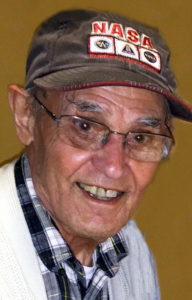 Carmelo Baio passed away peacefully surrounded by his loving family on Friday, February 21, 2020 at the age of 92.

Born in Agrigento, Italy in 1927, Carmelo immigrated to the United States (New York) in 1964.  He met and married the love of his life, Rosemary Fundaro and they had a beautiful daughter, Dina.

Carmelo worked several jobs but enjoyed mostly catering from his house, making the best “Rice Balls” in town and he was also known in the neighborhood as “Mr. Rice Ball Man”.   When he wasn’t making his favorite foods, he would tend to his garden, make homemade wine and as his family would say, “He would tinker in his tool shop, fixing anything and everything!!!”.

He will truly be missed by all who knew him.